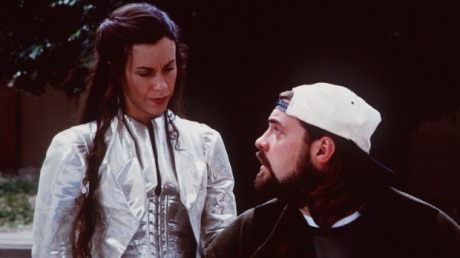 It is not until God has created both male and female, that the scriptures say that the community we call “God” has made humans in their image after their likeness. (Genesis 1:26-27)

Without establishing relative rank or worth of the genders, the spinner of this creation tale indicates that humankind is found in the two varieties, the male and the female, and this humanity in its complementarity is a reflection of the Deity. For feminist readers of Scriptures, no more interesting and telegraphic comment exists on the nature of being human and on the nature of God. The male aspect and the female aspect implicitly are part of the first human and a reflection of the Creator.  (Women’s Bible Commentary)

The likeness of God is here revealed as both masculine and feminine. This is why later I believe Paul reveals that in Christ there is no “male or female.” The Christ is the union of both. Christ is in fact something more. Yet for much of Christian history we’ve made God by and large one gender. We elevated and worshiped the masculine and neglected and hid the feminine. Even though our scriptures speak to both. This is revealed today by a continued neglect of women pastors in our churches which reflected beyond the church and into our very society. As if the Holy Spirit couldn’t speak through the feminine. (Though many have exposed this lie.)

It is true that we were created in the image of God. But it is also true that our image of God creates us. And for many people we forget that the feminine is part of that image. We bound God to masculinity and we created a terror of a God.

How mysterious it could have been if the Biblical authors kept to the use of “us” and “our” when speaking of the holy community many Christians call the Trinity?

Today I’m going to meditate on the question “What do I perceive to be “feminine.” What qualities reveal the feminine? And how might I pray to and encounter a God of these qualities?

As I prayed yesterday, I marveled at the realization that the God of my prayers is largely male. I know this because it is so difficult trying to pray to a female God. If I am to transcend not just the idea of a male God, but also a female God, shouldn’t it be a comfort to pray to both? Shouldn’t praying with the awareness of the feminine not be such a difficult task? The masculine dominates my conception of the divine.

I found myself meditating on female conceptions of God.

But what does that even look like? Eventually I will get to the Biblical verses that touch on this, but as I sit in silence I find myself thinking of honorable women. I think about how God is revealed through my mother. Through my female friends. If they are the image of God, what do I see in them? I think of cultural images of femininity that draw me near God. Like Jessica Chastain’s role in The Tree of Life. A mother who is the embodiment of grace, of mercy, and of comfort. Is this the feminine God?

The mother who holds her child closely.
The laughter of loving kindness towards another.
The ferocity of protection.

The tears towards a child in pain.

How do I draw near to the sacred feminine?