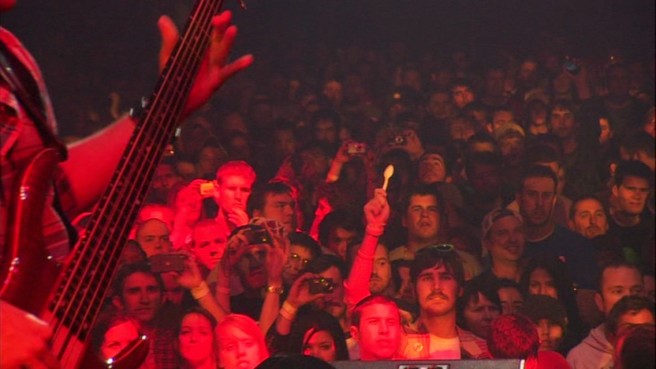 Every Dave Matthews fan has many favorite songs that rotate round and round. One of my constants has always been Spoon.

It is an absolutely beautiful song. I just love it’s religious undertones and instrumentally I just find it phenomenal. Being such an outstanding song it had only been played 41 times in the history of the band and less than half of the times it was performed were at full band shows. (Meaning it was either a solo performance at a radio show or an acoustic performance by Dave & Tim) So the song was INCREDIBLY rare. 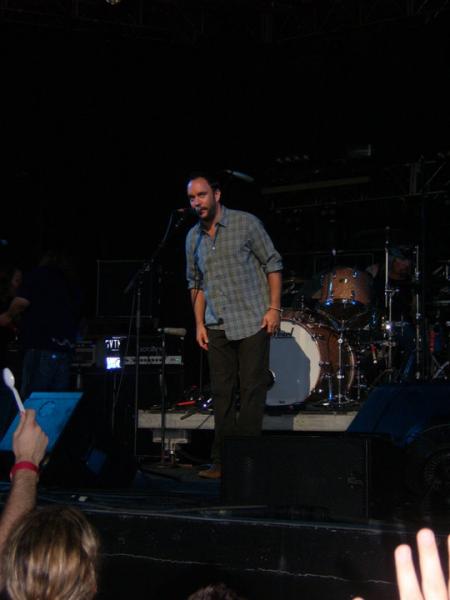 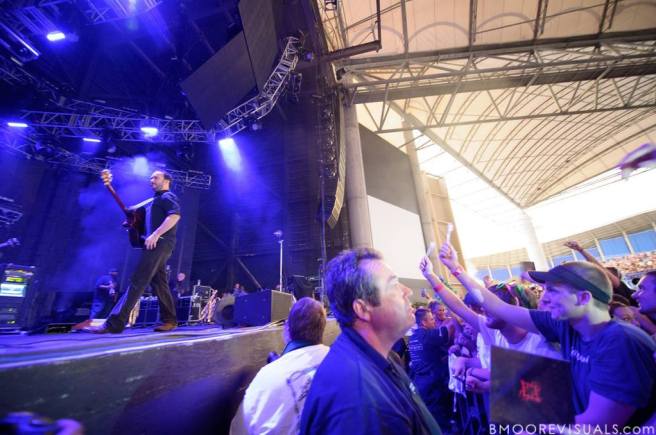 ANYWAYS I got pit tickets for the show in Tampa, Fl in 2010. It is a fairly typical thing for people to bring signs to the pit. (PIT means general admission front stage). I thought it would be a fun idea to bring about twenty white plastic spoons to the show. I snuck them in (seriously they didn’t want us to bring them in.) and got a front row spot on the rail! I handed them all up and down the front row. After certain songs I would tell them to raise them in the air! I held them up the entire show between song breaks and what not. Finally Dave noticed my spoon and gave me a good laugh. He then played the first two notes after the song Funny The Way It Is.

You can hear the beautiful two seconds here around (5:44):

Or you can watch this video. It happens IMMEDIATELY as the video begins.

After this tease Dave Matthews continued to come up to me during the show and say variations of “I’m trying to remember it”. The entire night he did this. He came up to me once and said “I think I remember the first verse.”

During the encore Dave said “Thank you very much everybody I’m going to try and remember this.”

but then I think he just chickened out and played a song called Sister. But after Sister Dave said “I promise I got you, Maybe tomorrow or the next day.”

He then says “I hope you all got what you wanted” then directs an “I’m sorry man.” at me haha

Needless to say he didn’t play it in West Palm Beach (The next two shows).

Fun Fact: Dave lied to me. (I’ve forgiven him.)

The Band later announced a fall tour. I bought tickets to the South Carolina and Charlottesville shows! I made it my personal goal to get this song played! I decided to create a Facebook event for the CVILLE shows (The Last of the tour) and made it known that this would be the song that we got played. I told people to start bringing plastic spoons to shows AND THEY DID IN NUMBERS! Someone also started a twitter campaign to tweet Stefan over and over about SPOON.

So the time came for the North Charleston, South Carolina show and I gave out about 50 plastic spoons but not many held them up during the show. My friends Chris and Will were there though with full support. We were all making eye contact with Stefan Lessard (the bassist) the entire night. Then out of nowhere Dave looks at us and turns around and this happens!

He looks at our spoons and then played the first few chords of the song!

During Dave’s solo during the Encore someone had thrown one of the spoons that we had brought up on stage. The band comes back out and Stefan walks up to the spoon on the stage picks it up then nods at Dave. Dave nods back and then Stefan looks at me smiles and sticks his tongue out. I then hear the most amazing thing ever (next to the next amazing thing I will mention). Dave played the last verse of the song! You can see it here (Pay attention at 1:03 where you can see nearly the whole front row holding up plastic spoons) :

When this happened we all KNEW the song was coming back in CVILLE it just had to!

After the show I stayed and asked a crew member if I could get our spoon back that Stefan picked up to cue Dave. The crew member threw me a setlist hahaha. I said “Thanks, but I want the spoon!” (He then gave me the spoon!)

Chris and I proceeded to the parking lot where we laughed cried and IMMEDIATELY turned the car on and BLASTED spoon in the parking lot. We felt almost righteous.

Cville night one comes and we had pit tickets. This night we must have passed out about 100+ plastic spoons to people in the pit. And again not many were holding them up. But after the song Shake Me Like A Monkey Chris, Will, and myself raised up the spoons. And then everyone else did to. Dave looked up and down the front row and then…..it happened.

Spoon was played and ironically enough set-listed right where the crowd decided to show off the spoons. Thanks to a very VERY nice guy I traded my Dave pick that I got that night for the setlist. I felt bad taking it but That is now my most prized possession. 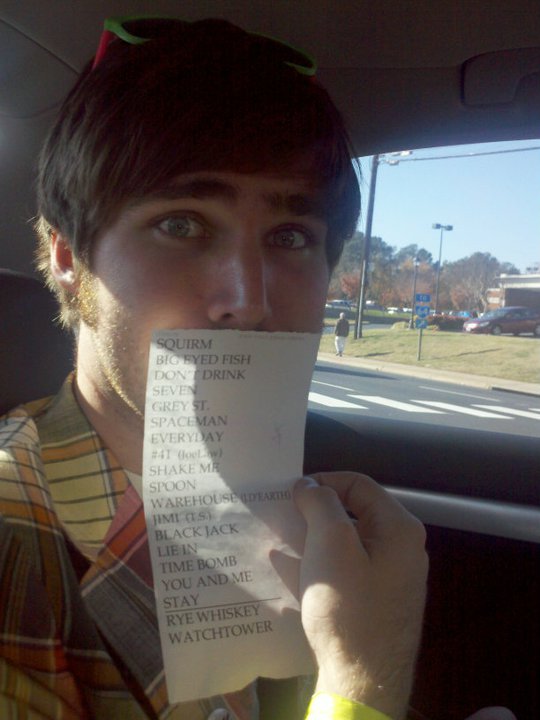 The song was played and it was one of the best versions I’ve ever heard.

I said I’d make it happen and It absolutely did.

I’m not going to sit here and say the only reason they played it was because of me BUTTTTTT…..I was at every one of these 2010 shows :]…..just saying. 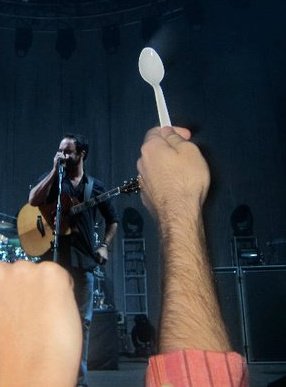 I thought of you

And turned to the gate

And on my way came up with the answers

I scratched my head

And the answers were gone

From hand to hand,

Wrist to the elbow

Could Dad be God?

You hung me out to dry

But laughing out loud

Makes the pain pass by

And maybe you’re a little crazy

But laughing out loud makes it all subside

I thought of this

And turned to the gate

But on my way

I hid my head

And the storm slipped away

But laughing out loud

Makes it all pass by

And maybe you’re a little crazy

And laughing out loud

Makes it all alright

From time to time,

Some move ahead while

Rise and then vanish

This drop of hope

That falls from his eyes

I think of this

And turn to go away

But as I walk

There’re voices behind me saying:

Come in from the cold for a while,

Everything will be all right

Come in from the noise for a time,

Everything will be alright

Everything will be alright

Spoon from my perspective:

8 thoughts on “The Story of Spoon”