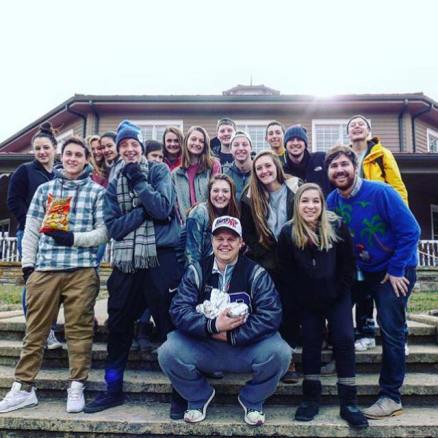 Perhaps my greatest passion is getting to talk about God and his kingdom. But even more so I love sharing these things with kids. Kids who often have been treated as too shallow to understand the depths of this great mystery. Kids who were given a list of absolutes rather than wonder. Kids who were given legalities to abide by to avoid the consequences of hell or religion so that they could go to heaven. In truth the gospel can be a hard thing to communicate to the new generations, and ultimately in the West it often feels as though this ball has been dropped. Vast numbers of people in America have traded Christ for other forms of spirituality. It’s because the Christ they were given was as shallow as the teachers assumed these kids were. In many cases the most appropriate response to the God they were handed is atheism. It’s a wonderful practice to ask people and kids to describe the God they don’t believe in because all too often, I don’t believe in that God either.

This weekend I got to share a cabin with numerous kids who just like me as a freshman in High School knew the right responses. We’ve been “churched” to death. We know the stories. We know the religion. But it’s far too shallow to be captured as worth surrendering to.

I was so thankful for my friend Will, asking such an important question that I believe is just all too often not shared with kids.

We’ve spent countless time and money into helping kids understand what they are saved “from.” We ship kids to camps so they can say a prayer and all too often leave them as soon as they “accept the message.”

Many people know the message of what Christians are “saved from.”

But if the message ends there. We’re merely giving kids good advice. Say these words so you don’t have to deal with an angry God. For starts the message is shallow but even further that’s advice.

The Gospel of Jesus is “good news” not good advice.

It’s why I was so appreciative that Will put such great emphasis in the question “What are we saved FOR.”

As the church we’ve got to start beating that drum more loudly. Because that’s the good news. Not some exit strategy. Rather kingdom come. On Earth as it is in Heaven. That each person is invited into God’s plan of reconciling all of creation back into himself. That Self the earliest followers said was Love. The act of the cross was reconciliation to those who had missed the message of God’s joy for the creation of man. That we get to be included in such beautiful new creation. That we get to participate in the healing of the world. That evil has been exposed and that we get to shine light into all of it.

I’ve been coming back to this teaching with my High School friends. Following Jesus is not about addition but subtraction. It’s not about a list of things to add to your life to appear more holy, rather an inner surrender of all that defines yourself. Your angers, your desires, your passions… What drives them? Why are you angry? Why do you want to have a long list of girls you hooked up with? Why do you want to so deeply to get that game winning shot? Why do you want to be seen doing the right things? Or making the best grades? Because if the answer is you and your ego,or worldly pressures, then that’s what subtraction is about. Picking up our cross and dying to ourselves. Complete abandon. It leads each and every person to subtract themselves so that hopefully in the great reconciliation of all things, all darkness has been subtracted from the world that the only thing left for the God relationship (we call The Trinity) to love is itself. Subtraction is by there being less of me, there will be more of Christ. Because somewhere in each of us is the person we were created to be. The earliest followers said we bore the image in our very creation. The image is Trinity. Not God on some cloud somewhere rather God is relationship itself. That’s the three in one business. A perfect union of love perfected and Jesus’s message was this, “In the way that I am in this relationship with my Father and the Spirit, may they be in us.” That’s the image of God we were created with.

When you teach children that the primary way to know and experience God is by going to church, reading your bible, or simply more prayer, what is picked up is that God is out there. But when you teach kids that yes, God is out there, but with the lesson of subtraction you are teaching a child that God is in there as well. God is in us. Rather our egos, our passions,have taken over. That the fullness of love is found by Christ in us. That’s the kind of deliverance and salvation that actually leads to transformation instead of religion. Take kids on a journey to find the God that is in them and with them. And there you will find a true understanding of salvation.

It’s also something that I have found they are more than capable of understanding.