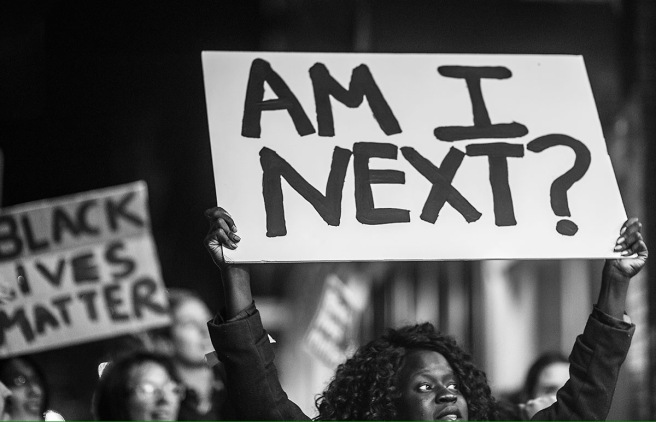 I remember one Thanksgiving overhearing my father discuss how upset he was that he spent eighteen years raising his child how he wanted, teaching this child to see the world the way he does, and how upset it made him that he now is paying thousands of dollars to have some liberal university take away all of that work. Which really is a fair frustration.

It was right after the Ferguson riots and we had had many discussions about how I didn’t feel like people were even attempting to understand why people were so upset. Why people are rioting. Now there was some truth in that some people just wanted to loot stores and some people simply were just enjoying the opportunity to destroy. Which were the primary viewpoints of many Conservatives. That the behavior of these rioters was the real racism.
How some people reacted there was absolutely wrong. However it doesn’t dismiss the other side of the coin. Just exposes that we all have a part to play. I was trying to vocalize a minority view and explain that I understand why you think these things but this isn’t your reality. This isn’t a culture you encounter very often. These aren’t views that your day to day community has much experience with. And I suggested that we listen.

Now contrary to my Dad’s opinion, I was always quick to argue the Conservative side of the coin because, my goodness, in college I had the most liberal roommates of all time. We would jokingly put both campaign signs in our front yard. For every one Obama sign they placed I’d find two Romney signs to put in front of it. We had great fun with our differences and we discussed them like adults; usually till the late hours of the night. I always loved how informed our conversations were. Most of the time my responses were actively in defense of the scriptures; or at least how I had been trained to understand the scriptures. This of course was the Republican way. And to hear arguments that didn’t value the Republican mindset just naturally interpreted in my brain as a stance against The Bible.

During this same election I was rereading one of my favorite Christian authors and came back upon a quote that had deeply changed my life years before. “Love means giving up control. It’s giving up the desire to change or manipulate the relationship.” Previously I had often been the people police. I usually was right about destructive decisions people were making and I lorded over them to try and keep them from such mistakes. Which seems loving…but isn’t. When I re-read that quote I realized I had learned the lesson with my friendships but not my politics. I wrote a post called “The Political Bias Towards Control” where I pissed a few people off by talking about how my camp of the Republican Party is actually playing God to a whole lot of people. We advocated the things of God but don’t allow the freedom that God allows to other people. Regardless of your agreement with that, I became less defensive with upholding Republican views and began to actually listen to the other side. Which is a hard thing to realize that you do.  Sometimes the active defense of a view blinds you from seeing what’s really going on. Which is really easy to spot when your arguments are exactly the same as your political candidate or primary news source. “Gun control. Radical Islam.” You know, those kinds of things. If someone else is writing your script, you may not be thinking critically. It took this realization and others to start seeing the bigger picture.

Whether it be Syrian Refugees, Abortion, Gay marriage, Illegal immigrants, so many of these issues I felt I could see more clearly in the identity of Christ rather than the identity of Republican.  My view for the heart of Christ grew by transcending a political system that was feeding the way I thought. My first form of processing was no longer “well what does my party think, rather what did Jesus teach?” Which should be what SO MANY Republican Christians are doing anyways. Now I’m not saying NO Republican Christians think for themselves. Nor am I villianizing the entire  Republican Party rather I’m inviting believers to ask which identity is first.

Some people think standing up for minority points of views is leaving the conservative mold. Which forgive me, is just a terrible way to think. (I originally wrote a different word.) If you are unwilling to see a perspective because it might sound a little blue then you’re not showing love and care to the minorities, the marginalized, the oppressed. Because that is where their voices will likely be. To dismiss movements like gay pride, and black lives matter as simply liberal nonsense, is to disregard their humanity and life. This doesn’t mean you can’t desire better ways for these people groups to seek out their arguments. But to respond with statements like “Blue Lives Matter, or All Lives Matter” is not to expose the sanctity of all life but to rather disregard the cries of an oppressed population. Something our God says He always hears.

But there is truth in the statement “All Lives Matter” and for me it is the complete and perfect grasp of the Politics of Jesus. Black lives Matter does not negate such an idea but rather actively affirms it. A Pro-life stance does not just value an unborn baby, but sees that life all the way through. No matter the race, no matter the religion, no matter the culture, no matter the wickedness, no matter the criminal history, no matter the lack for authority. All life is precious. And all life matters. Any time that life is taken, it should destroy your heart.

I believe Jesus is about life. All of it. And so let’s advocate for life, all of it.

May we be wise in which voices we silence.

May we see with the eyes of Christ and not a political party.

May we as Christians be the strongest advocates for every life and not dismiss the cries of those whom Jesus hears.

Because all life matters.

Black lives matter should bring light to the fact that often enough we forget that message. And we can’t forget this message.